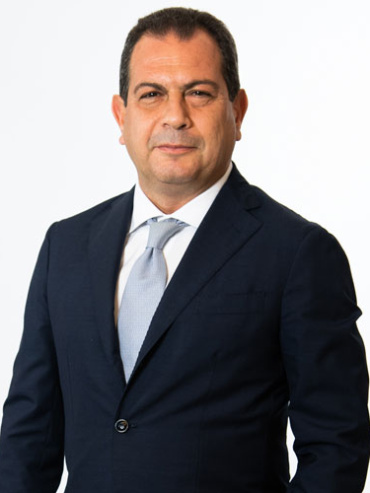 Prof. Diego Vaiano is a member of the Rome Bar since January 1994 and he is certified to represent his clients before the higher courts (Constitutional Court, Supreme Court of Cassation, Council of State) since December 14, 2001.

Within his professional activity, he practices in particular in the fields of Healthcare and Life Sciences; Prof. Vaiano is in fact widely recognized as one of the leading Italian experts in pharmaceutical and medical devices law. In the last two decades, he defended the pharmaceutical industry in the most challenging and relevant litigations of the sector, such as those related to the governance of retail and hospital pharmaceutical expenditure, the review measures of the National Pharmaceutical Handbook, the price cuts and ex factory profit margins imposed on the industry since the early 2000s, as well as the resolutions adopted by AIFA and the Regions on the therapeutic equivalence between medicinal products based on different active ingredients. He was also involved in major negotiations with the Italian Medicines Agency aimed at defining the price and the other reimbursement conditions for drugs dispensed with costs borne by the SSN (the Italian NHS).

He has been a member of the Farmindustria Board of Arbitrators since 2008, also acting as a consultant for Confindustria – Medical devices with regard to payback issues within the relevant sector.

His professional commitment and his clients’ appreciation allowed Diego Vaiano to receive numerous awards and accolades, including Professional of the Year in the Pharmaceutical and Life Sciences sectors at the Top Legal Industry Awards for 2017 and 2018; Leading Life Sciences Lawyer of the year from the Acquisition International Magazine for the years 2019 and 2020; and Life Sciences Lawyer of the year from ACQ5 (Acquisition Finance Magazine) for the years 2019 and 2020. Moreover, he steadily appears among the professionals recommended by all the most renowned international directories of the sector, such as Chambers, Legal 500 and Who’s Who Legal.

Over the years, he also acquired an extensive professional experience in other fields of administrative law, including public procurements, state property concessions and public services, as well as cultural heritage and environment. In particular, for many years he has been a lawyer and consultant for the Port Authority of Civitavecchia, Fiumicino and Gaeta, while also defending leading companies in the sector of the contracts for the restoration of cultural heritage, catering services and technical and medical gas supply.

He is Full Professor of Administrative Law at the University of Viterbo – La Tuscia since November 1, 2001, after being Associate Professor at the same University since 1999. He is the author of qualified scientific publications on administrative law, with particular reference to issues specifically related to administrative justice, public procurement law and cultural heritage law. Among these, of particular interest are the monographs on La riserva di funzione amministrativa (“The reserve of administrative function”), Milan, Giuffré, 1996; the Pretesa di provvedimento e processo amministrativo (“Provision claim and the administrative process”), Milan, Giuffré, 2002; and La valorizzazione dei beni culturali (“The valorization of cultural heritage”), Turin, Giappichelli, 2011.

In 2017 – after the conclusion of a previous associative experience – he founded with Francesco Cataldo, Esq. the Vaiano-Cataldo Law Firm, which is composed of a team of smart lawyers, voted to the swift and accurate satisfaction of the Clients’ needs. The Firm’s partners and associates are highly specialized in pharmaceutical and Life Sciences law, as well as in other relevant areas of administrative law, such as – indeed – public procurements, state property concessions and public services.